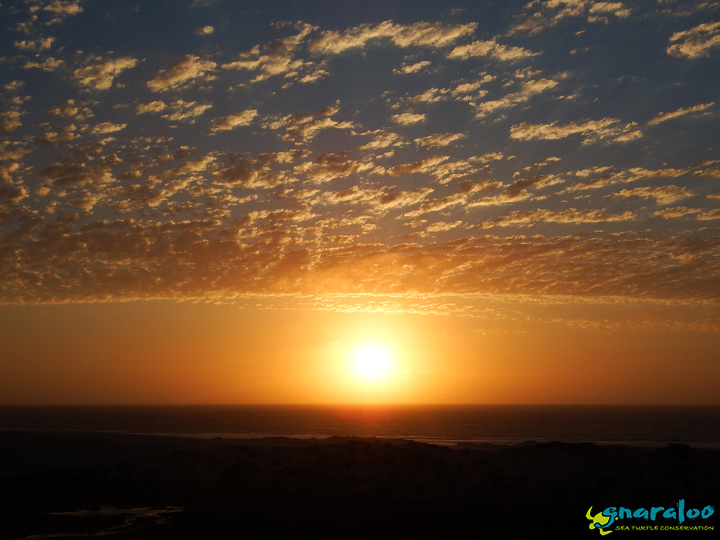 Maybe I should have asked more questions before I arrived here. The entirety of my last week in America was blasted with questions about what kind of experiences I would be a part of, the scenery I would encounter, and (of course) when I would see my first kangaroo, but the only answer I had was, “I guess we will find out!” … And so I did.

Each of the scientific interns had a different experience upon their arrival in Western Australia. I spent a few days wandering around Perth but when it came time to make the journey to Carnarvon I loaded myself and my entirely too heavy baggage into the Turtle Wagon and strapped in. Skip, Simone, and I spent about 10 hours on the road the first day and 8 of those hours were me asking questions about different Australian species and what kinds of things I should expect the program to be like. I learned about the introduction of invasive Cane Toads and an incredibly interesting solution including training native animals like Quolls not to eat them. Simone identified common trees and shrubs as we drove along and Skip described what kind of things we would see at the station. We also talked, at length, about the differences between Kangaroos and Wallabies, identifying which areas of Australia have which species, all the while keeping an eye out to be lucky enough to catch a glimpse of one.

Being from America, I obviously romanticized the first time I would see a kangaroo. I pictured it on the beach looking out over the sea and me going for a sunset walk and just seeing its silhouette. Maybe I would be sipping coffee in a café and it would just hop right on by but stop just close enough for me to capture his image with my camera. Of all the incredible scenes I came up with in my imagination, none of them came close to how it all actually happened. The first kangaroo I saw was on the side of the road, dead. The second? Also dead. Before the third I held on to my optimism, but before long this one turned up dead as well. Just when I lost all my hope in seeing a live kangaroo, there he was! A young male sat right on the edge of the road looking right at me! I couldn’t believe how majestic and REAL this obscure animal was! But as soon as I blinked, he jumped right into the car…and number four was dead. Welcome to Australia.

We followed the asphalt until it melted into red dirt and pebbles and when that road filled with sand, we kept driving. Tall trees decorated with yellow fuzzy flowers lined the roads and progressively lost their leaves becoming skeletons, twisted and turned by the severity of the wind. Small shrubs with vibrant pink and purple flowers glowed, interspersed among the skeletons but eventually followed suit. Everything seemed barren, vast, but absolutely beautiful. Skip dropped me off at my cabin and went back to pick up the others in Carnarvon and just as he pulled away, the sun went down, the dust settled, and a particular hopping marsupial sat down for a snack only a few meters away from the cabin window. It may not have been the first Kangaroo sighting, but I wouldn’t have it any other way. In these moments I learned the phrase, “Gnaraloo perfect.”

Turtle out of water

Night surveys were well underway, and turtle activity on the beach had started to pick…

Last one, best one