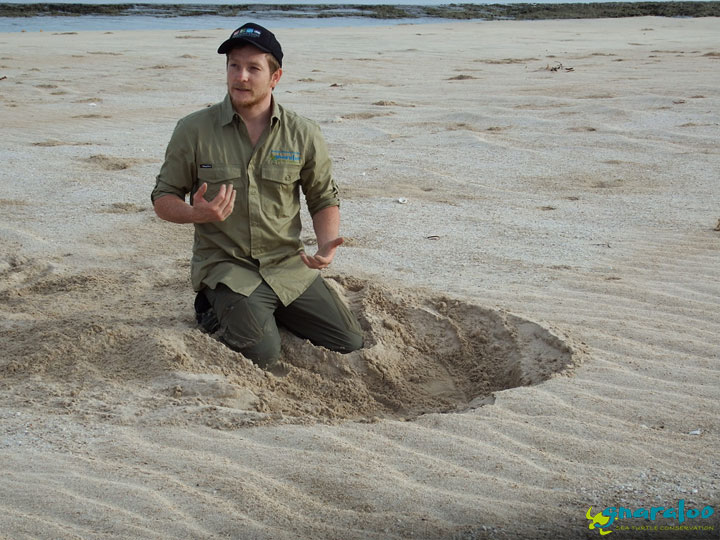 Skip pausing to describe the process of a nesting sea turtle, as he digs a body pit in the sand.
Taken by Heather Shipp.

Our third day at Gnaraloo began early in the morning. By 05:45, everyone was already at the truck fully prepared for a day in the field, complete with closed-toe shoes, long pants, hats, long-sleeved shirts, sunglasses, and plenty of water and sunscreen. As we traversed down the rock-strewn road leading to the Gnaraloo Bay Rookery, we kept our eyes out for any kangaroos or other wildlife that might cross our path.

Upon arriving at the site, we gained our first view of our main survey area just as the sun was beginning to rise. Besides a small fishing boat in the bay, we were the only ones on the beach, which seemed practically untouched by humans, void of any chairs, umbrellas, or rubbish that accompany most beaches around the world today. 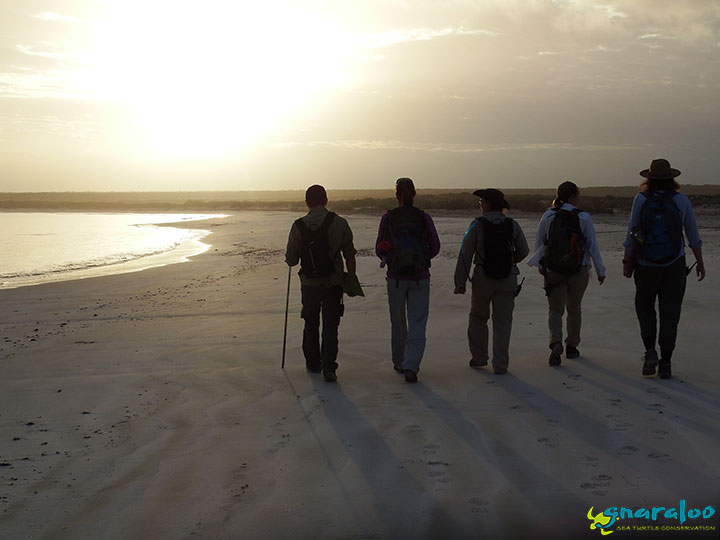 The team beginning the survey as the sun starts to rise. Taken by Heather Shipp.

Before starting, we gathered on the beach to go over the datasheets, how to conduct the survey, and learn more about the local species of sea turtles in the area, including loggerhead (Caretta caretta), green (Chelonia mydas), and hawksbill turtles (Eretmochelys imbricata). Skip gave a demonstration of the nesting process of sea turtles, including body pitting, digging an egg chamber, covering, and camouflaging. As he went through the motions, he described each step in detail, pointing out the different signs that can help distinguish each stage of nesting. 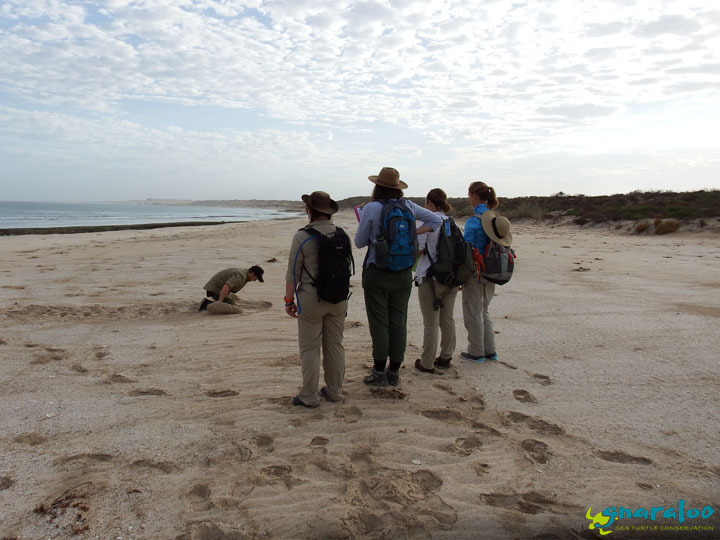 This year’s interns watching as Skip demonstrates the nesting process of a sea turtle.
Taken by Simone Bosshard.

Not long after we began our trial survey, we spotted humpback whales (Megaptera novaeangliae) in the distance! This being my first time having ever seen a whale, I was enthralled with watching these beautifully majestic, large animals breach and play in the water.

As we continued walking along the survey area, we paused to further discuss the different track characteristics and signs to correctly identify species and distinguish between various nesting attempts. We homed in on our mother turtle skills as we each did our best imitation of a turtle crawling up the beach, making tracks and various nesting attempts along the way. Once each of us was sufficiently sandy and satisfied with our efforts, we went around to each track and identified the species, the direction of the track, any body pits and nests. 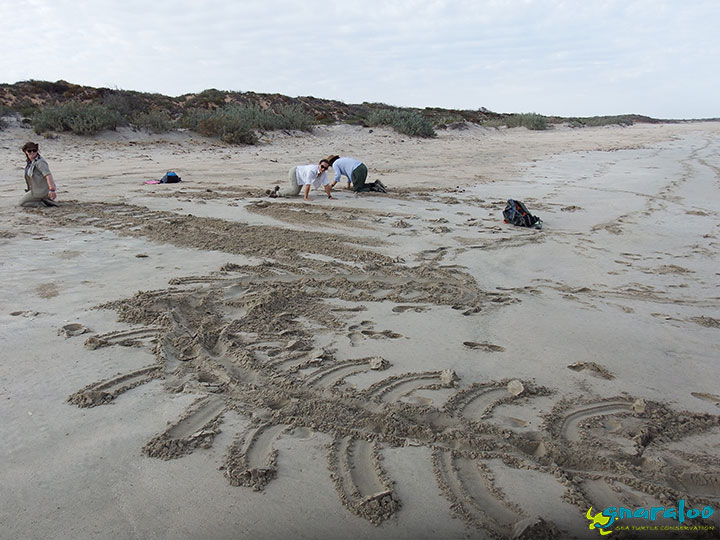 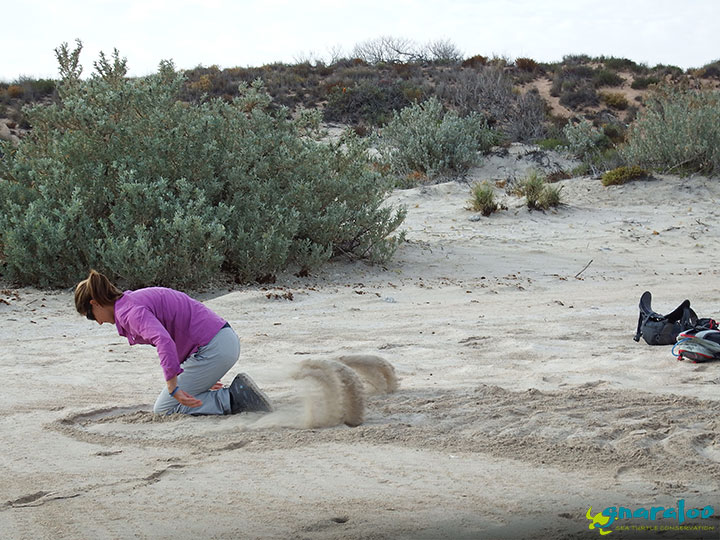 Although it was a bit too early in the season to see any real turtle tracks, we spotted other wildlife as we walked along our survey areas, including a pied oyster catcher (Haematopus longirostris), sooty oyster catchers (Haematopus fuliginosus), and a multitude of golden ghost crabs (Ocypode convexa). We also found and identified several tracks in the sand, including that of a feral cat (Felis catus). Simone and I even glimpsed a juvenile green turtle in the water nearby!

By the time we finished, there was a communal sense of appreciation and love for our new “office” and overall excitement for this year’s season to begin!

Sea turtle hatchlings making the race to the ocean

Just after the new year here at Gnaraloo, the internet went on holiday. It did…

The first time’s the charm

The first nine days of surveys started with the same routine: wake up, eat breakfast,…